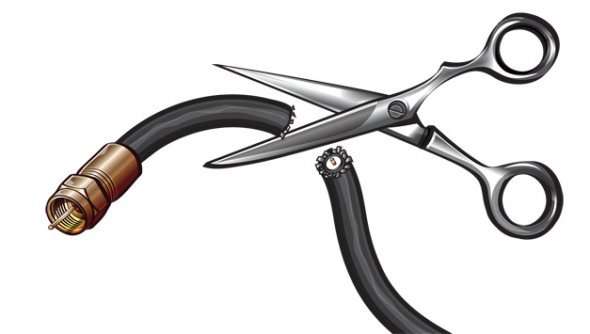 We are experiencing a massive shift in how people are consuming video content on their televisions. The number of homes with paid TV service (cable or satellite) peaked in 2014 at 100.5 million. According to eMarketer, this number will decline 20% by the end of 2020 as viewers decide to “cut the cord,” the term used to describe cancelling paid TV subscriptions in favor of streaming services.

This trend of cord cutting will continue. In my experience, people are excited to cancel their cable and satellite subscriptions. It seems consistently increasing rates on loyal customers while offering huge savings to new subscribers creates animosity. Who would have guessed?

At the same time viewers are canceling their paid TV, they’re signing up for multiple video streaming services. This year, two-thirds of US internet users will subscribe to services like Netflix, Amazon Prime Video, and Hulu. These are known as OTT or over-the-top because they stream on TV through another device such as a Roku, gaming console, or Apple TV. On newer TVs, there are apps built in that will stream these services for anyone with a subscription.

For advertisers, this shift away from linear TV viewing is making their target audience ever more elusive. The way we watch video on television has become so complex that we had to rename regular TV viewing (watching programs as they air) as “linear TV.” Then again, it’s possible us marketers are just trying to sound smart.

The biggest issue advertisers face is the time people are spending watching programming that isn’t ad-supported. Some of the largest streaming video services, including Netflix, Amazon Prime Video, Disney+, and Apple TV+, are ad-free. It’s estimated that Netflix has almost 160 million viewers in the US, Amazon has over 115 million, and Hulu has increased their viewership to over 86 million. It wasn’t that long ago that the DVR was an advertiser’s biggest nemesis. Now that era seems like the “good ol’ days” of television advertising.

For companies looking to market their products and brand to younger viewers, things get even trickier. Millennials and Generation Z are more likely to subscribe to a streaming service than cable or satellite. A recent poll of Americans aged 23 to 38 years old by Morning Consult for The Hollywood Reporter found that 76% subscribe to a streaming video service compared to just 42% subscribing to paid TV.

For decades television has been advertisers’ favorite medium. Video is a more effective communication tool than audio or print. How will advertisers reach prospective customers within this changing landscape?

If your target is the baby boomer generation, you can continue to effectively reach them using linear TV. For the most part, this audience is watching CNN and marveling over how good Pat Sajak and Vanna White still look.

Many national advertisers are shifting from advertising to product placement in popular programs. There’s no shortage of programming to choose from. New streaming services are creating exclusive shows and as a result there are more new programs than ever before. According to FX Networks, there were 532 original scripted TV series made in 2019, more than double the number from a decade prior.

Local advertisers can reach younger generations using advertising on alternative video channels including YouTube, social media networks, and news websites. These ads are more likely to appear on a phone than on a television screen. A Leichtman Research Group study from 2019 found that 65% of smartphone owners aged 18 to 34 years old watch videos on their phone every day. At this point it might be more interesting to learn what these folks don’t do on their phones, but I digress.

For local advertisers making the move from the television to the smartphone, consider that mobile video adds an additional layer of complexity for the creative team. Those standard 15 and 30 second spots that worked on television for decades won’t be effective. For most social media placements, advertisers need to consider producing videos with vertical orientation. Many videos in the newsfeed are watched without sound, so adding subtitles and other text callouts is key. Skippable ads on YouTube need to grab the viewer’s interest and show compelling content in the first five seconds. Those ads that wait until the end for a big reveal won’t work.

The television and video viewing landscapes are experiencing disruption. The good news for advertisers is that consumers are watching more video content than ever before. Reaching the right audience is becoming more complex but there are still many opportunities to advertise to consumers. And as long as you’re not the cable company, advertising on these channels should be very well received.

Whether he’s overseeing the creation of strategic and innovative marketing programs or exploring new and emerging digital technologies, no day at Mason Digital is the same for Matt – and that’s exactly what he loves about his job. With a background in media buying and a degree in broadcast media, Matt utilizes an artful blend of creativity and strategy to help clients get measurable, sustainable results. Matt is a father of two that help him to stay grounded and, in his words, “have given me the realization that there’s more to life than work.”