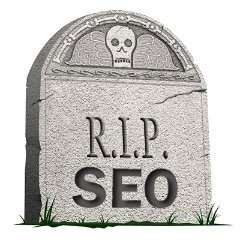 Back on May 24th I sat at my desk and watched a live stream of the Google Performance Summit keynote presentation. The annual event provides a glimpse into changes the search giant will be rolling out for advertisers. I know what you’re thinking and you’re right, I am living the dream.

This year Google announced changes to the ads that appear on the search engine result page (SERP). They said that in the coming months ads would get smaller and less noticeable in order to make the experience better for their users. Just kidding! It was the opposite. You may have noticed that the ads on the SERP not only take up more real estate, they’re more disguised than ever.

The number of characters in the main components of the ads, the title and description lines, have increased by 50%. In addition to the basic elements of the ad, there are a variety of ad extensions that further expand the number of characters. Ad extensions include components such as phone numbers, addresses, reviews, special offers, and links to additional pages on the advertiser’s website.

Historically, Google would place up to three ads above the organic, unpaid listings. They have increased this number to four. This has resulted in organic listings are getting pushed further down the page. It’s especially noticeable on the smaller screen of a smartphone where organic listings often don’t appear above the fold. This poses a problem for local businesses. According to a recent study conducted by Google in partnership with Nielsen, 40% of all searches on mobile devices have local intent. Even if your company’s website ranks well organically, you may not have any visibility if you aren’t buying ads.

In a recent column I compared search engine marketing with traditional yellow page advertising. Both connect businesses with consumers who are ready to buy. With Google results now strongly favoring paid advertising, this comparison is becoming even more accurate.

Alphabet, Google’s parent company, makes the majority of its revenue from paid search ads. The company is under constant pressure from shareholders to increase revenues and profit. As a result, search engine results are increasingly turning into a “pay to play” environment for companies. There are a few notable effects from this shift:

If Google could be vulnerable to losing market share and their standing as the dominant search engine, the time is now. According to StatCounter, 85.8% of all US searches in August were performed on Google. There’s an opportunity for a company to create a better user experience and become the search engine of choice for many internet users. Unfortunately, it doesn’t appear that it will be Yahoo or Microsoft (Bing) as they continue to follow Google’s lead and favor advertising over organic results. These search engines make up just 6.6% and 6.4% of searches respectively.

In the meantime, local businesses need to consider devoting a portion of their advertising budgets to paid search and specifically Google AdWords. It’s always been one of the most effective forms of digital advertising. We may one day find ourselves revolting against the “pay to play” environment that Google has created. However, with the dominant search engine market share that Google holds in the US and in most countries around the world, a legitimate contender won’t emerge any time soon.

By the way, if you’re jealous of my amazing lifestyle, you too can watch all sixty-two minutes and forty seconds of the Google Performance Summit keynote presentation on YouTube. It’s both informative and a great cure for insomnia.

The internet has changed the world and the way consumers find new information. This palpable and dynamic shift called for a new kind of marketing – inbound marketing. But every business is different, and the tools and strategy needed to succeed always vary. That’s where we come in. We believe that being a gatekeeper is no longer a viable business model. Instead, we share our knowledge freely so our clients can better connect with their customers.