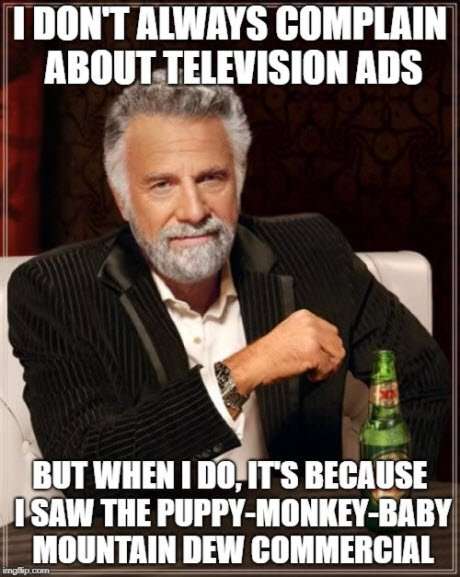 We live in a world that is overcrowded and frankly cluttered with advertising and marketing messages. Yankelovich, a market research firm, has estimated that a person living in a modern city in the US is exposed to over 5,000 advertising messages per day. A few of those exposures take place during the rare occurrence that someone looks up from their smartphone. Add in the conventional wisdom that the average attention span is declining and you’ll find that we, as marketers, have our work cut out for us.

Reaching the right person with your marketing message is still important, but that alone will not be effective. Our brains are wired to retain a limited amount of information. Thankfully, we no longer need to remember our friends’ phone numbers. That fact, coupled with the ability to Google state capitals, has freed up over 70% of my brain’s hard drive space.

Still, getting onto the short list of messages a person will remember can be difficult. To break through the clutter, marketers need to craft a message or story that’s provocative. By provocative, I mean it makes a person in the target audience stop and think. It shouldn’t be offensive, but it should elicit a reaction.

Think about some of the recent advertising campaigns that have stuck with you. A few years back, in the midst of a massive sales decline, Domino’s Pizza decided to reinvent themselves. I’d be willing to bet there were a few executives who weren’t on board with implementing a self-deprecating marketing strategy that admitted their product wasn’t very good. However, it was honest, it was different, it was provocative, and it really resonated with consumers. After all, their pizza crust shared an unsettling number of characteristics with cardboard. Since the new campaign launched, Domino’s has opened hundreds of new locations and profits are soaring.

I’m personally impressed by Domino’s shift in messaging strategy because it was risky. Admitting their pizza was inferior could have fueled further backlash against the product if it hadn’t been executed so well. The risk here was calculated and important. If they had only said that they improved their pizza, it would have easily gone unnoticed.

Another example of a risky marketing campaign was launched by Dos Equis in 2006 when they introduced us to the most interesting man in the world. They were faced with declining beer sales coupled with low brand recognition. Rather than compete with bigger brands for a slice of the imported beer market, they chose to speak to another audience all together. They targeted people who prefer cocktails to beer and positioned their product as a sophisticated cocktail alternative. Hence the catchphrase, “I don’t always drink beer, but when I do I prefer Dos Equis.”

Marketers can sometimes unwisely think that the more people they target, the more success they will have. Dos Equis proved that success can be achieved by more narrowly defining the audience. According to the company, U.S. sales increased each year between 2006-2010 and it’s been estimated that sales increased 22% over a period when imported beer as a category fell 4%.

On the flip side, a recent initiative by Pepsi is using the opposite strategy. During the 2018 Super Bowl they unveiled their new campaign in which they declared that Pepsi is the soft drink for every generation. Talk about casting a wide net. It’s often said in marketing that when you try to speak to everyone you speak to no one.

The only reason the Pepsi campaign stuck out to me is because I’m a marketing professional who was appalled that they spent millions of dollars to say that Pepsi is the drink for everyone ever. In my humble opinion it was even dumber than Mountain Dew’s puppy-monkey-baby spot from a previous Super Bowl. And that’s saying something.

Digital marketing provides the unique opportunity to test marketing communication strategies. Web pages can be changed instantly, and so can Google text ads. Facebook makes it easy to rotate different ad copy and images within the same campaign. Marketers should test provocative messaging to see if it cuts through the clutter and drives action.

This opportunity to test is a great counter to the detrimental practice of marketing by committee. The more people who are involved in the final decision, the less likely you are to create a truly risky and provocative marketing campaign. If you can’t get buy-in from key decision makers, you might be able to convince them to test. And if you can’t convince the powers that be to test provocative messaging, you might want to look for a marketing position at a different company.

Word of advice, I’d stay away from PepsiCo.

As originally publishd by the Rochester Business Journal

Based in Rochester, NY, Mason Digital partners with our clients to develop a digital marketing strategy that is designed solely with the purpose of achieving business objectives. We’re marketers, not sales people, so we are able to develop innovative strategies using client input, research, and years of experience.